Meet a Few of the People Who Make U.S. Xpress Special

Meet a Few of the People Who Make U.S. Xpress Special

There are more than 9,000 people who contribute in making U.S. Xpress one of the best truckload carriers in the country. Earlier this year, the Meet the Team videos were launched to introduce some of the faces at U.S. Xpress who makes it a great place to work.

A retired Air Force veteran, Marion always knew growing up he wanted to join the military. He spent his younger days dedicated to serving the country before enjoying an early retirement. But retirement didn’t last too long and after two months, Marion had the desire to see the country. He decided it was time to check off another item on his bucket list and he became a professional truck driver.

Check out some of Marion’s favorite moments with U.S. Xpress and find out who he wants as his team driver.

As the oldest son of our Co-Founder Max Fuller, President and CEO Eric Fuller grew up at U.S. Xpress. Eric has had the unique opportunity to gain a detailed understanding of U.S. Xpress from the inside out, and has worked in a wide variety of roles in his nearly 20 years at our company. He has seen it go through a number of changes and is most excited about our future.

Watch Eric’s video to learn what his CB handle was back in high school.

Chief Operating Officer Matt Herndon loves the outdoors and everything that comes along with it. When he isn’t working you can find him on his tractor or grilling out. He came to U.S. Xpress about eight months ago but has already made a big impact.

Learn more about Matt and his career experience in this video.

Anyone who knows Senior Vice President of Human Resources Amanda Thompson can agree she has a deep Southern accent. Oh, and her CB handle is Peaches.

Take a look at this video, and you’ll understand why we all love having her as our Human Resources leader.

Fleet Owner Russell McPeake loves how dedicated our drivers are to the job. He admires their hard work and willingness to be on the road for weeks at a time. When Russell isn’t working he loves watching The Godfather movies or cheering on the Tennessee Vols.

Learn more about Russell and how he encourages his team at U.S. Xpress in this video: 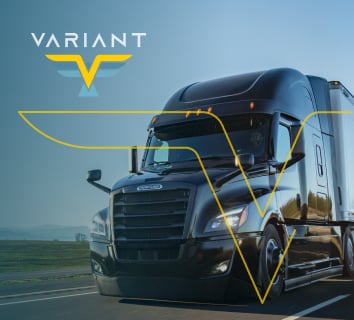